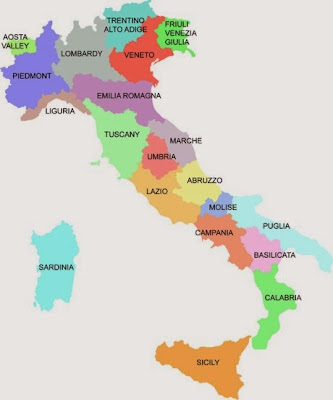 (Recipes and other links about Sicily below Generic Food Photos)

13% of western Pennsylvania’s population is Italian third only to the Germans and Irish.  The immigrants who came to western Pennsylvania from 1880 up to the breakout of World War I came from southern Italy: Sicily, Calabria, Abruzzi and Campagna.  In this part we will cover the Sicilians who had a large impact on foods in the area.

Sicily (an autonomous island) is located in the central Mediterranean therefore has a Mediterranean climate (thus growth of citrus fruits, olives, etc.)   Mt Etna, a world famous, still active volcano, provides some of the best wines due to the soil content from the volcanic ash.

Sicily has a rich culture due to the many peoples who settled there over the years:  Phoenician, Greek, Roman, Vandals, Ostrogoths, Byzantines, Arabs, Normans, Spanish and English (Bourbons).  All of these cultures affected the unique Sicilian cuisine.

Fruits: Citrus fruits such as oranges (blood, blonde, ovale, bitter, bell-shaped, Moro, mandarin and others), lemons and limes are plentiful.

Secondi or main dish is mainly seafood based opon the availability of seasonal Mediterranean seafood.

Wines:  reds and whites are top quality because of the Mt. Etna soil and accompany dinner. Dessert wines such as Marsala are popular.  Limoncello (a lemon liqueur) and Amaro Siciliano (herbal drink) are other Sicilian drinks.

For recipes from 1700s to 1960s and modern day links versions, visit www.ThePAMeltingPot.com. 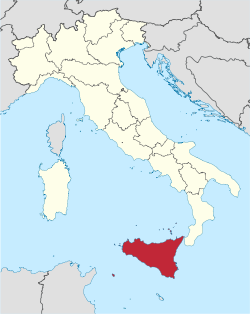 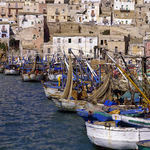 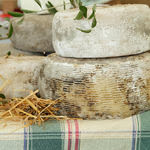 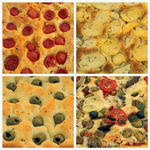 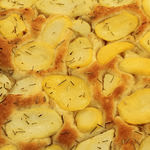 LINK TO WIKI on Sicilian Cuisine

LINK TO SAVEUR article on Cooking in Sicily

Posted by Internationalfoodblog.com at 12:52 PM No comments: