The PA Melting Pot: THE PA MELTING POT - Special HALLOWEEN Post: Colum...: Below is the column I authored for the Herald-Standard newspaper which appeared on 10 30 2014.  Below the column are photos and links r... 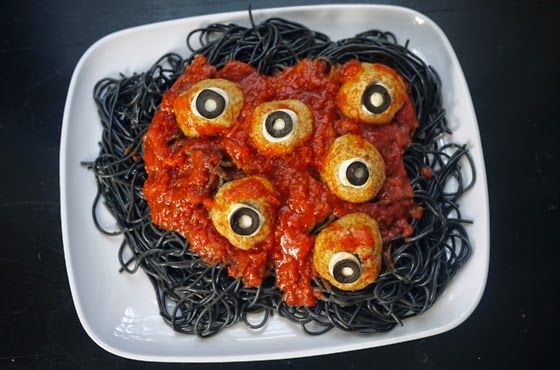 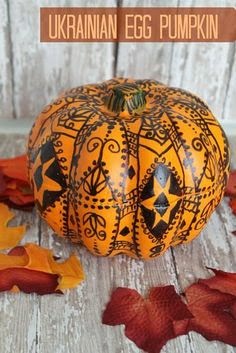 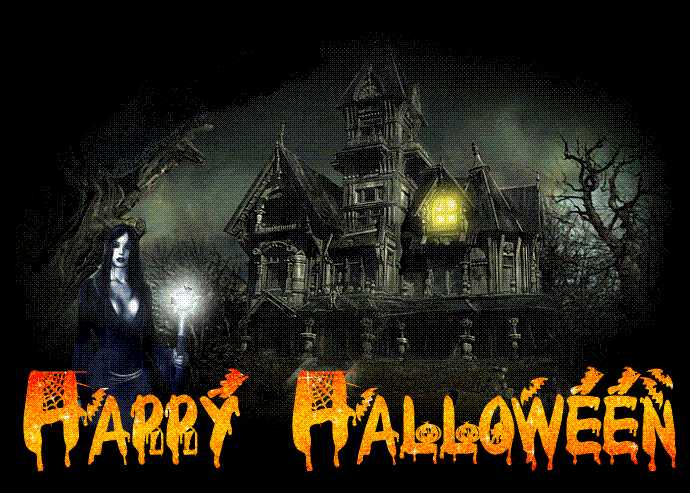 Posted by Internationalfoodblog.com at 12:02 PM No comments:

Below is the column I authored for the Herald-Standard newspaper which will appear on 10 30 2014.  Below the column are photos and links referring to this column/blog.

The Melting Pot:  A look at the evolution of food in Southwestern PA – SPECIAL HALLOWEEN COLUMN

Halloween originated as a pagan festival in parts of Northern Europe and is a time when magic is most potent and spirits can make contact with the physical world. Immigrants from Scotland and Ireland brought the holiday to the United States.
Halloween commercialization began the US in the 1900’s when postcards and die-cut paper decorations were produced. Halloween costumes appeared around the 1930,s and the custom of 'trick-or-treat' appeared in the 1950's.

Modern day Halloween is more popular today with the youth in the countries below because of the influence and commercialization by the US. In this column Halloween customs of the top seven ethnic groups in western PA will be addressed.

Süßes Oder Saures (trick or treating) is very popular. Germans seems to indulge much more in scary dress-ups than their American counterparts, even for kids when it comes to Halloween.  By mid-October, you’ll see some carved out pumpkins on peoples’ doorsteps in the streets of Germany and Austria, though not as much as in North America. Kürbis (pumpkin) and jack-o'lantern decorations are very popular.

In the old days children and poor people would sing and say prayers for the dead in return for cakes. Guising (Scottish trick or treat) occurred when children disguised in costumes went from door to door for food and coins and then the custom became known as Trick no a choireail (Irish trick or treat).  In Scotland in 1895 masqueraders would carry lanterns made out of scooped out turnips & visit homes to be rewarded with cakes, fruit and money.  While going from door to door in disguise has remained popular among Scots and Irish and the custom of saying "trick or treat" has recently become common.

These days among the younger generations Halloween has become more popular than Italy's very own Carnevale.  Like the Germans and Americans Italians get crazy about dressing up and playing tricks on their friends. Dolcetto o scherzetto” (trick or treat) is also popular. During the night of All Dead, the souls of the departed come back from beyond the graves in a long line, walking around the streets of the towns. That is why we carve a pumpkin and place it on the window with a candle inside it to use as a lantern.

Pennsylvania is fourth in the US with Polish-American population with estimated figures of a million and 9% in Pittsburgh. Today, Pennsylvania's Croatian population of nearly a quarter million is the largest in the country and they even have their own consulate in Pittsburgh.   Pittsburgh has the nation’s fifth largest Ukrainian community. These three countries are a large population contingent in western Pa.  However, they don’t celebrate Halloween per se but All Saints’ Day (Hallowmas - a Christian feast in honor of all the saints) and All Souls’ Day (a day of prayer for the dead, particularly but not exclusively one's relatives). The annual celebration is now held on 2 November and is associated with All Saints' Day (1 November) and its vigil, Hallowe'en (31 October) which is a combined Catholic custom. 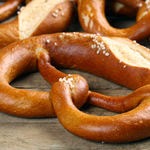 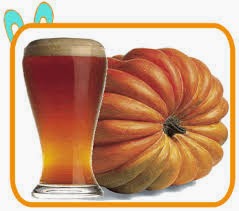 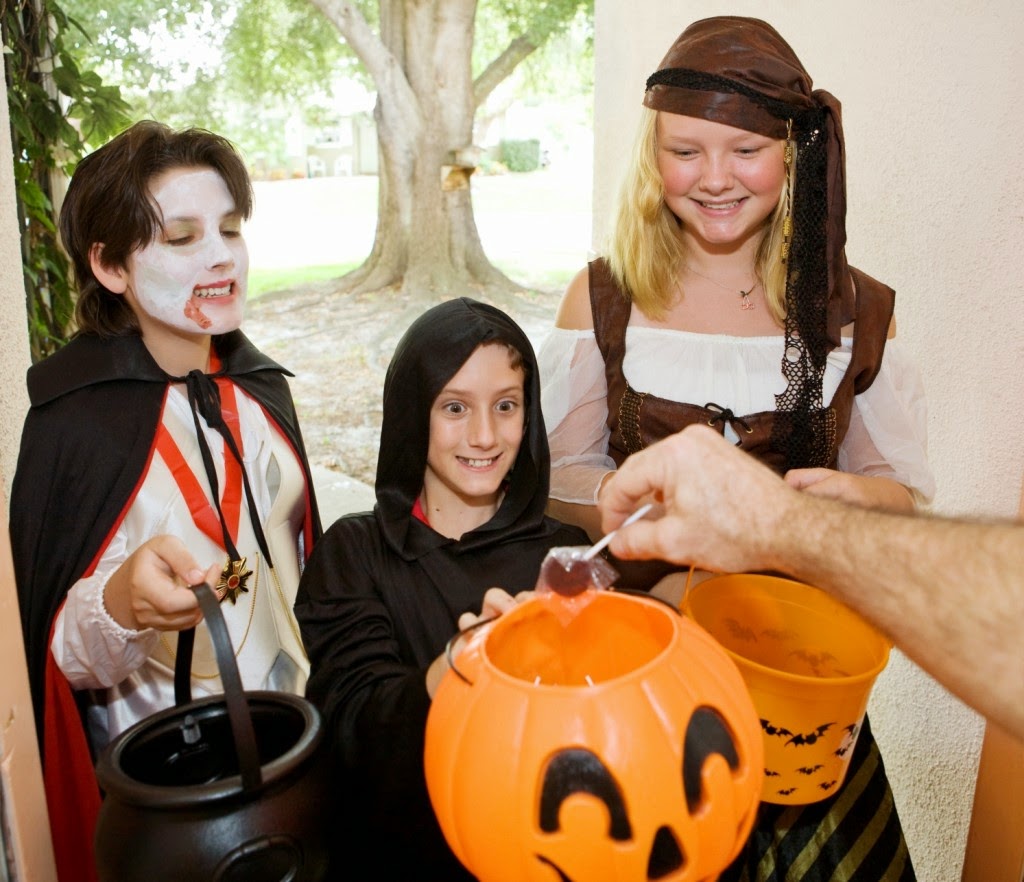 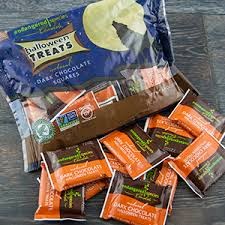 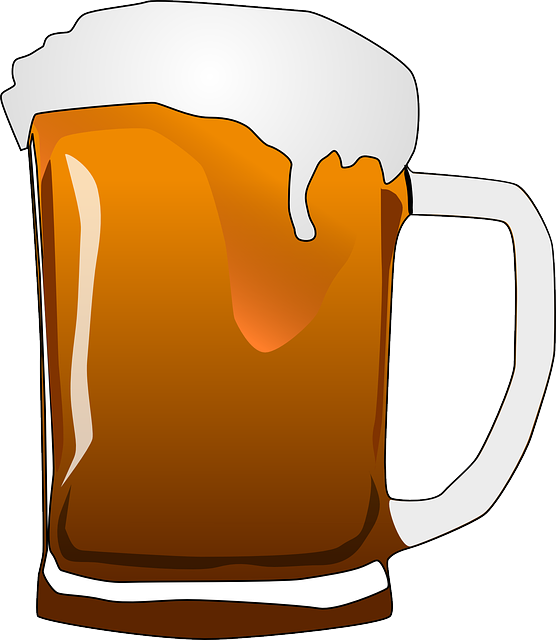 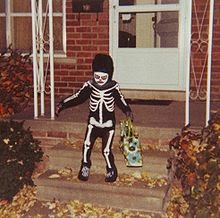 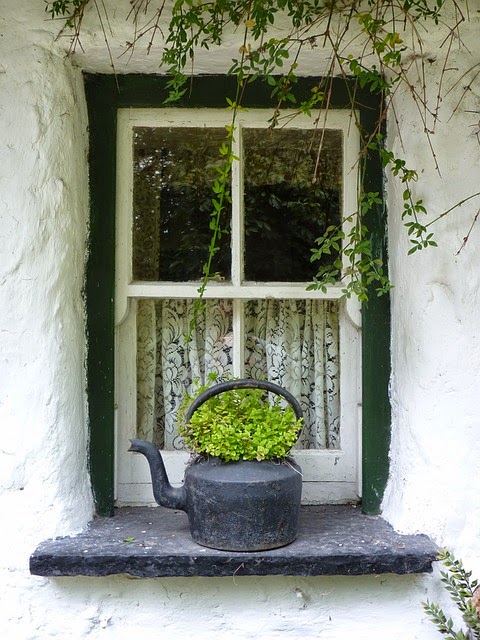 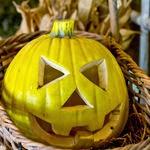 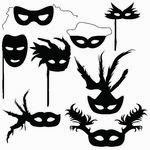 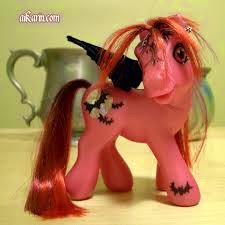 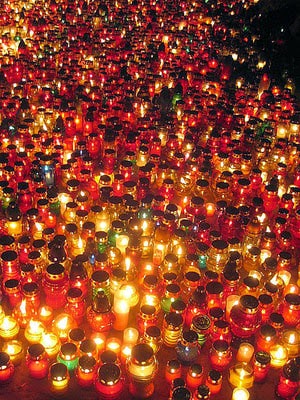 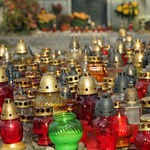 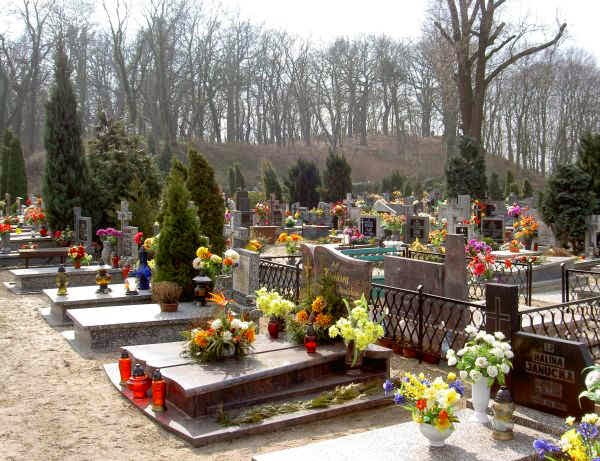 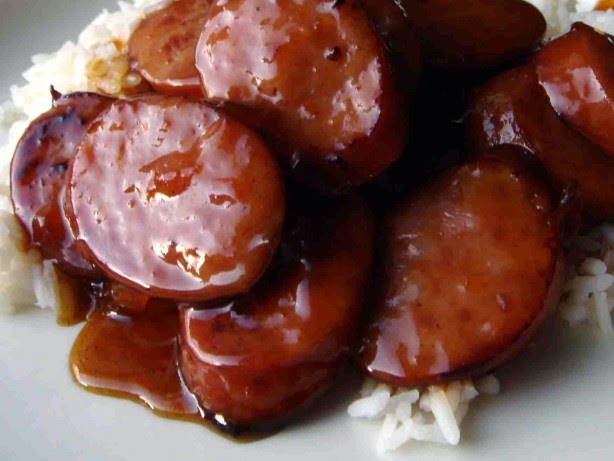 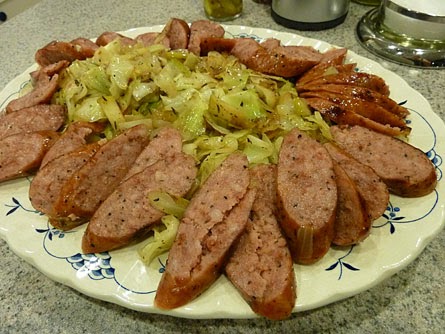 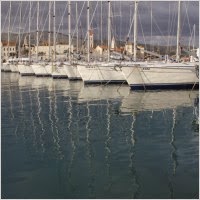 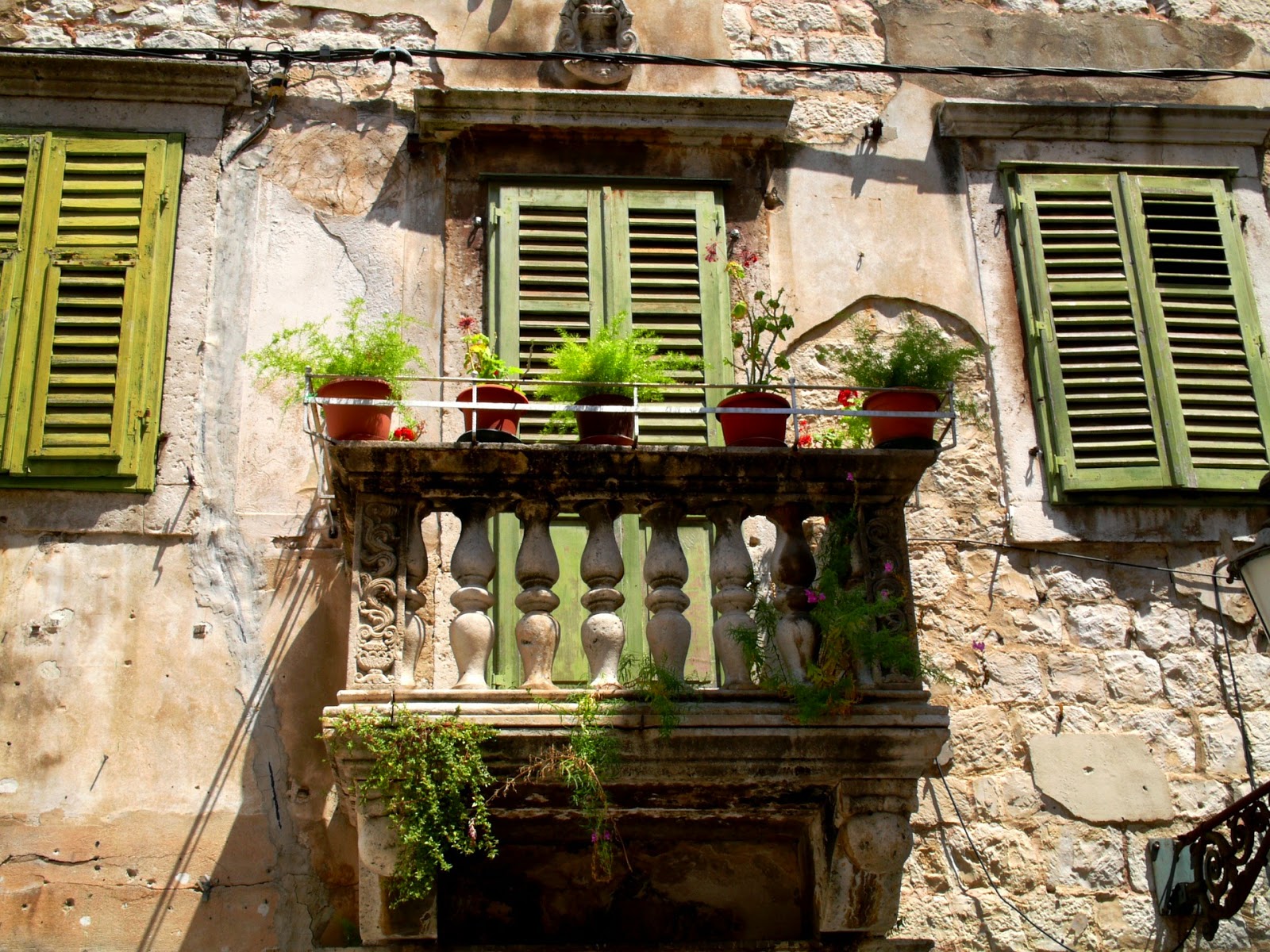 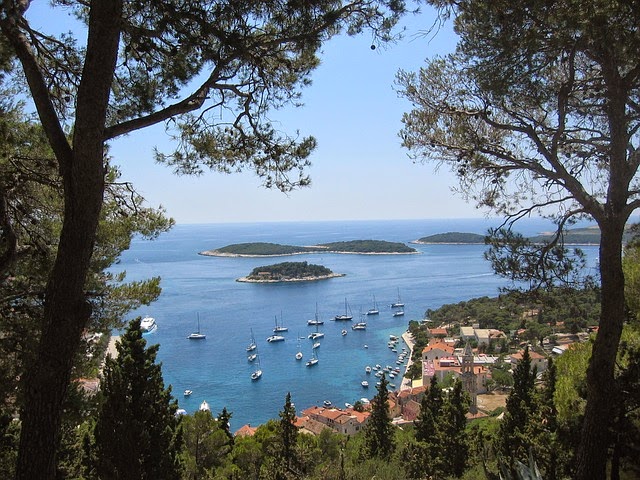 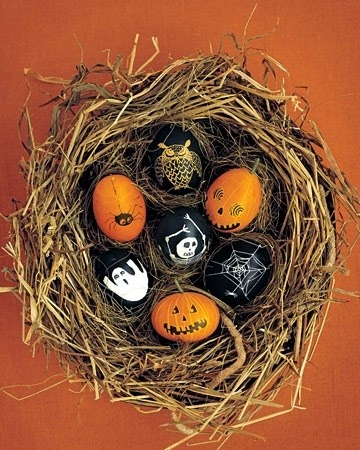 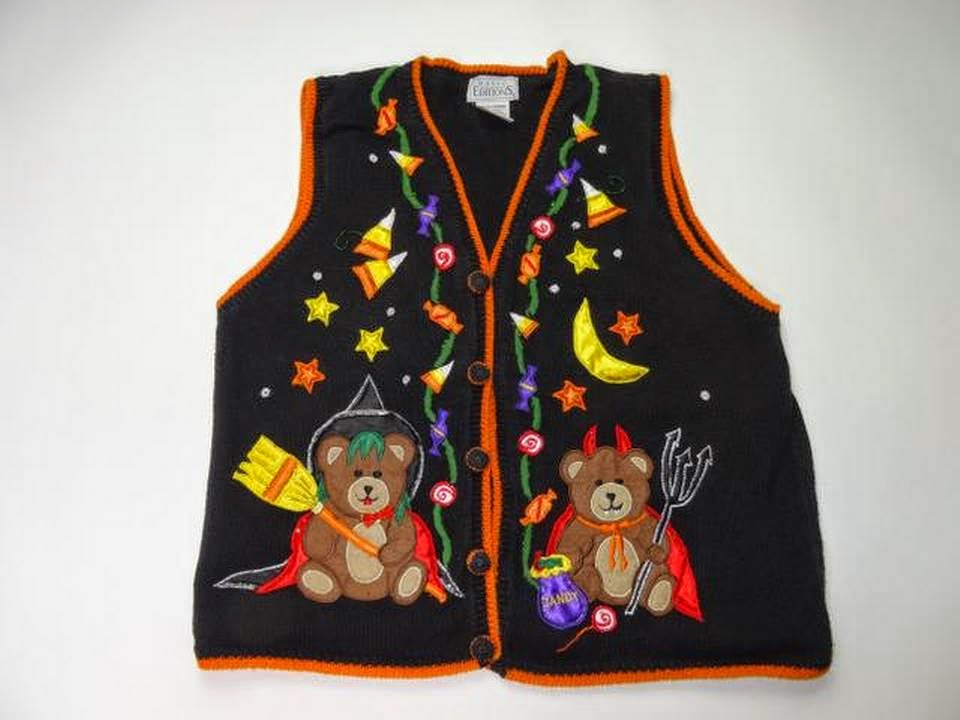 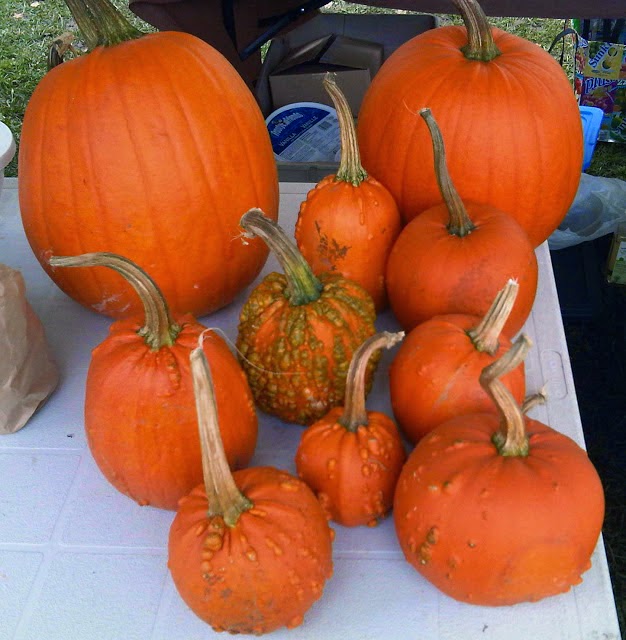 Halloween customs around the world links

Posted by Internationalfoodblog.com at 11:52 AM No comments: